The Cottagers have announced the arrival of Alphonso Areola from PSG. What will he bring to this newly promoted side? 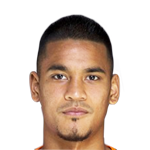 A. Areola on loan from

Paris Saint Germain. After his loan spell at

Real Madrid, Areola is set to spend a season in the

Premier League. Newly promoted side Fulham are many's favorites to go down. However, the arrivals of experienced players like Areola can have a positive effect.

Areola's words ahead of the start of the new season

"I am very happy everything is done. Scott Parker called me, and I had a good feeling. He said he really wanted me," Areola told Fulham's official website.

He added, "Fulham is a historic club in London, and I have heard a lot about the stadium. I hope this season will be a good one for us. I want to bring my energy and do everything for this team to keep us where we belong to be."

What impact will he have on this squad?

It was quite clear that Fulham had to strengthen their side ahead of their return to the top flight. The defense is one of the weakest areas in 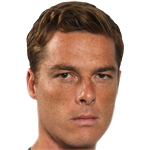 S. Parker's side. Defensive arrivals are suspected to increase the solidity at the back.

The goalkeeper was another key area they were keen to address, and this signing seems to suit the club. Also, for the player himself, it's a move that guarantees him first-team action regularly. The loan deal also has the option of a permanent deal next year.