How big an impact can tonight’s game between West Ham and Watford have on the relegation picture?

The winner tonight will surely be safe; the loser will be in the fight. A draw would be a bad result for the teams below them A relegation six-pointer is set to take place tonight as

Watford at the London Stadium (details:

Watford (17/07/2020)). The situation is unique as a draw would favor both sides, with both being leveled on points. If there is a winner at full time, then the relegation fight will still be on for the losing side. As of now, the difference between the 17th and 18th is 3 points. A draw tonight won't favor

Aston Villa as their chances of surviving will take a huge blow.

As of the game, both sides are coming in on the back of good wins. West Ham's 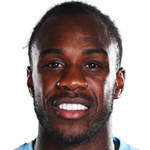 Norwich City in an excellent display by the Hammers. West Ham have been playing well since their surprise win against

Watford meanwhile, started very badly by picking up just a point in their first four games after the restart (details and statistics:

Leicester City (20/06/2020)). The picture has now changed as they have won consecutive games for only the second time this season beating Norwich and

Newcastle United in the process. 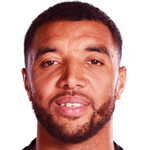 T. Deeney stepped for his side and converted two penalties against Newcastle United. They don't have any individual bang in form like

M. Antonio. Still, they play as a strong defensive unit, and it suits them well.

The winner tonight will surely be safe; the loser will be in the fight. A draw would be a bad result for the teams below them. It's a tough one to predict as both sides have been consistently poor. West Ham battered Norwich, and Watford have two wins in a row, but as the

Premier League is, it can be anyone's game.