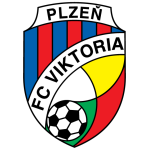 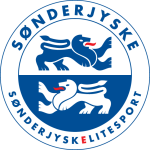 Although I would like the Czech team to advance, I have to bet on Dan's progress in the current situation and the distribution of odds. Plzen is the favorite in the match, but thanks to betting mainly on them, our odds have moved and it's time to bet on the guests at a nice odds of 8.72. I would see the real exchange rate around 4.2. Plzen squad value is 25.7m euros, the most expensive player of the defender Jakub Brabec. Sönderjyske squad value 8.08m euros, the most expensive player is Lawrence Thomas. The match is played for only one match, a slight advantage of the home environment. However, due to the absence of spectators, I would not attach much importance to this. The Sönderjyske have one match behind them in the league and beat the favored Midtjylland. I watched the match and Sönderjyske is based on a perfect defense. In this match, they fired only 3 shots at the goal and only one shot was a little more dangerous. The fact that the guests played with a slightly modified basic line-up and the Champions League had priority was given to the importance of this. But the game performance of the home team convinced me that if they play at least 70% against Pilsen as in this match, they should win the promotion already in the basic playing time.